So Iv’e known what Iv’e wanted for my logo for a while, but was so content in researching and trying to get all the information to perfect it that now i’m starting to run out of time. Iv’e experimented to come up with a final outcome, a few things I drew I liked, but I don’t think they are right for my logo. I think the other ideas that I have I could use them in my t-shirt designs.

This first drawing you see here was inspired by the vintage typeface seen on men’s tops, hoodies and bags. I really like this style of font because it creates a little femininity in an area of masculinity.

The next drawing is inspired by Stussy’s logo. Stussy’s logo looks like a graffiti tag or a signature. I wanted to try this style to see if I could create a tag graffiti style logo for my brand, but I personally don’t think it worked at all. 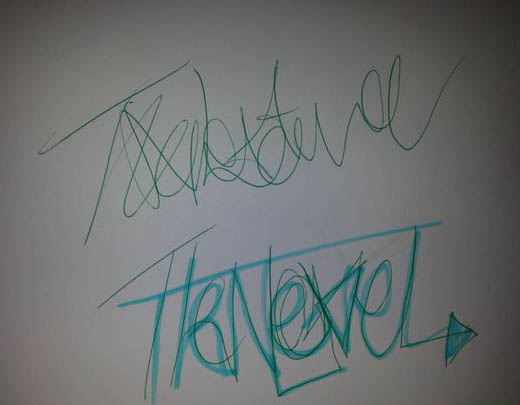 I decided to think about the layout of the logo design and since the brand name is called ‘The Next Level’ I thought I could create a logo with steps. I thought that I could make the logo name look like steps in itself and it could be a simple as that with an arrow coming from the lettering somewhere. 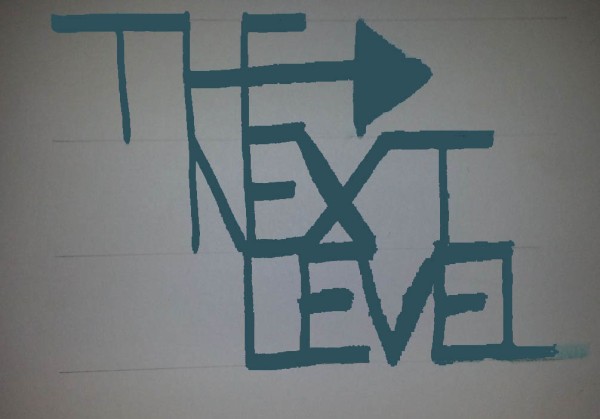 The next Idea was to create a pop art graffiti type style and I thought this was a good idea and that it turned out okay but it was too much for a logo and I thought the logo should be simpler. 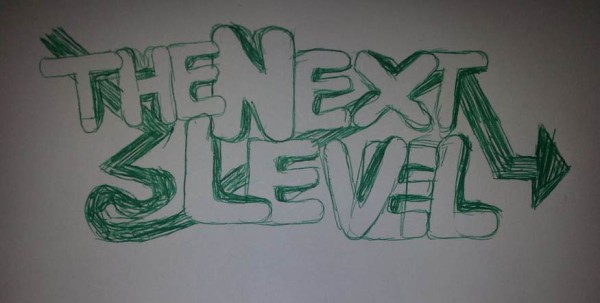 I created this logo design by trying to go with the idea of making the logo simple. I wanted the cool look of the ‘pop art style’ but the simplicity of the ‘steps layout’ logo, I came up with this but still my logo didn’t look right, so I carried on experimenting.

This was my final outcome and the design that led me to my final choice for my logo design. I looked at the experiment logo I had made before and I liked the typeface I had created but I thought that maybe the layout was just wrong, so I re-drew the design and then thought that it would be cool to add steps, to show that you need to climb steps in order to succeed. But this layout didn’t look right so I decided to draw out the steps first and then add the typeface after and it made the design look like a professional logo I still wanted to keep the arrow somewhere so I added the arrow in the background as a finishing touch.

And below you can see my final design I think It turned out really good and I am happy with the outcome. I had a range of slogans that I thought about but ‘Success Is Limitless’ was my favorite and I decided to fade out the steps so they looked as if they continued to go up as to show that ‘Success Is Limitless’.